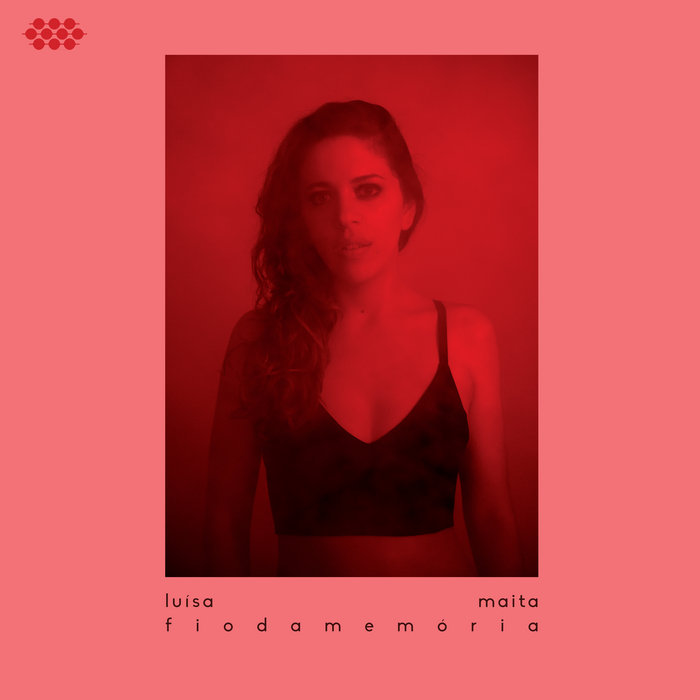 In life and in music, Brazilian singer and songwriter Luísa Maita likes to take it slow. It has been over six years since she released her critically acclaimed debut album, Lero-Lero. In that time, Luísa has toured the world numerous times, received the Brazilian equivalent of the GRAMMY for Best New Artist, had two of her songs featured in the Academy Award-winning film Boyhood, collaborated with Daniel Hunt of Ladytron, recorded with Da Lata, shared the stage with some of the biggest stars in Brazilian music, and lent her voice to the opening ceremony of the recent Olympic Games in Rio de Janeiro.

Fio da Memória, which means "Thread of Memory" in Portuguese, was released September 23rd on Cumbancha. The album bridges sultry downtempo electronica and Brazilian popular music to boldly redefine not only Luísa's personal style, but also the soundscape of modern Brazil.

Those who know Luísa Maita personally will notice that she seems to exist in a different time dimension from the rest of us. Ironically, her home city of São Paulo, one of the world's most frenetic and over-populated metropolises, is her main source of artistic inspiration. As the city rushes around her in a buzzing hive of activity, Luísa floats gently through the madness. Like a slow motion figure in a high-speed film, she sits back and soaks it all in, wisely observing the world as it dashes by.

"The record is about what Brazil is today aesthetically, in this electronic age," notes Luísa. The songs on Fio da Memória address themes of love, spirituality, heritage, and cultural history. Intense and sensual, with a warm, languid sound, the songs often have a dream-like quality that do not seem to follow a particular narrative logic yet are filled with poetic resonance.

"It is a very subjective, personal and emotional record," according to Luísa. "I tried not to limit myself to a certain musical style, and in this diversity there is unity. I wanted to revisit the Brazilian rhythms and other sounds that I have heard growing up from a contemporary, electronic and urban perspective."

To achieve her goals, Luísa worked with some of Brazil's hottest, cutting-edge talents. She started the production with Tejo Damasceno, a DJ and electronic musician who helped formulate Luísa's new sound. For the second phase, she worked with bass player and producer Zé Nigro, who took a more organic approach. After they recorded the instruments, they applied filters, beats and effects, working their way back to electronic music through a different route.

The album's first single, the title track "Fio da Memória", was released August 12th and a music video of the song will be made public on September 16th. With a funky bass synth line underpinning Luísa's breathy voice, the song began its life closer to a traditional Brazilian samba, but during the recording process it underwent a complete transformation. The lyrics muse on how Brazil's past is redefined by every generation. "You’ll weep / A thousand years from now / Your story was stolen / By someone who loved you too deeply and also wept / Vile thread of memory."

A second single, the dreamy "Na Asa" (On Wings), was released on September 9th. The song has an airy melody and lyrics that tell of a boy from the outskirts of São Paulo who, against all odds, transcends the struggles of his daily life and fulfills his dreams. Inspired by the intense electronic sounds of Björk and Kanye West, the beats are reminiscent of a Brazilian samba school's drumming.

As the saying goes, "All good things come to those who wait," and that is certainly the case with Luísa Maita's striking second album. The record confirms Luísa's reputation as one of her country's most talented and innovative songwriters and provides a captivating platform for her distinctive and mesmerizing voice.

Sultry, seductive and infused with that inimitable samba swing, the music of Luísa Maita embodies the modern spirit of Brazil. Inspired by the bustling urban life found in her native city of São Paulo, Luísa has a contemporary vibe with influences from alternative pop and downtempo electronic music melded with an acoustic foundation deeply rooted in samba, bossa nova and MPB. ... more

Bandcamp Daily  your guide to the world of Bandcamp

Featuring appearances from Kari Faux, Bluestaeb and and interview with NY-bred artist Wiki